Books to Read While Social Isolating

I don’t know about you, but I’m still in self-quarantine, which means way more time to do home-based things. Not everybody is in the mood or mental headspace to be productive and do a bunch of online courses. And spending so much time inside four walls can get quite boring (especially knowing you should stay at home). For those looking to get away from the screen a bit, here are some book suggestions worth your time (and mind).

The Neapolitan Novels by Elena Ferrante

This is not one, but four books worth your time. Elena Ferrante is an amazing writer, and the Neapolitan novels is already a modern classic. The story of Lenu and Lila explores the complexities of female friendships, how the place you’re born and your education influences your life, and how your family can be a privilege in itself.

The Hating Game by Sally Thorne

The Hating Game is the lightest book on this list. It tells the story of Lucy Hutton and Joshua Templeman, two colleagues that are the opposite of each other. She is small, he is very tall; she is creative, he prefers numbers; she secretly loves him, he secretly loves her. As the title suggests, they start the novel by hating each other. But, as time passes, they realize the feelings are actually the opposite.

The Devil Wears Prada is a tale as old as 2003, and famous worldwide since at least 2006. The story you probably already know, and the book is pretty similar to the one on that masterpiece of a movie. But, while on the motion picture Miranda is actually pretty cool, on the book she is… that sim you’d like to catch on fire. There are multiple sequences for TDWP, the most recent one being When Life Gives you Lululemons, which follows a now professionally stablished Emily Charlton on a quest to rise back to relevancy.

1984 is one of the best books written in human history. Even though it was first published in 1949, the narrative continues to be extremely relevant. People usually talk about this book being about the “big brother” and an authoritarian government, but it is actually way more than that. This is one of those books everybody should read at least once in their life.

Animal Farm is another book by George Orwell, and another book everybody should read at least once in their life. The whole story is an analogy about USSR, and, just like 1984, it makes you think about the problems of an authoritarian government and an extreme point of view when it comes to politics.

1 comments on “Books to Read While Social Isolating” 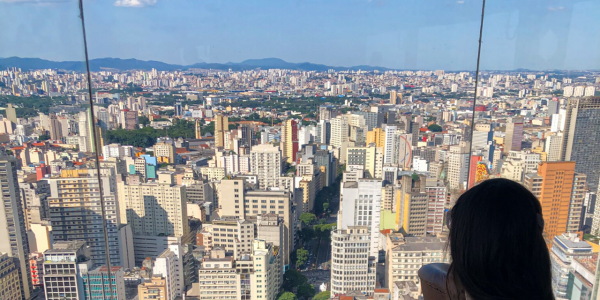 Nostalgia of the Old Normal

8 Museums to Visit from Home

What I Read in April